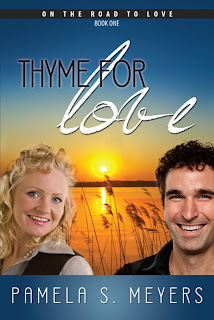 Although I’d always felt a need to write things down, not just think about them, it never occurred
to me that anyone would pay for my words until I attended an accelerated adult program at a
local Christian college. While enrolled there I took as many writing courses as were available,
and one day, my writing prof suggested I had the ability to make a career of my writing. Slack-
jawed, I stared at her with a “yeah right” expression on my face. But I never forgot her words,
and after taking an introductory creative writing course from her I became hooked on fiction.

I knew I needed more training and enrolled in several Writers Digest courses including a novel
writing class. Later, armed with a synopsis, the first three chapters of what I thought would
be the next Great American Novel, and encouraging words from my instructor, I set off for a
locally-held writers conference.

At the conference, during each of my three editor appointments I was told that my premise was
good, but the story wasn’t ready. I started in the wrong place and although my writing showed
promise, it wasn’t yet ready. Shortly after that, I discovered American Christian Fiction Writers
on line. (Back then it was known at American Christian Romance Writers) I promptly joined,
this fledgling writing group and felt as though I’d arrived home.

As ACFW grew to its current membership of 2000 plus members, I grew as a writer through
the many online writing classes, conference workshops at the annual national conference, and
mentoring from many of the multi-published author members.

Over the years, many times an editor asked for a full manuscript, only to be soon followed
by a rejection. One time, the line I was targeting totally shut down just as the editor had
shown interest in a manuscript! At the same time, many novels I’d critiqued for others were
getting contracted. Of course, I was thrilled for my friends’ successes, but I asked God if I
misunderstood what I thought was His call on my life. Perhaps I was called to help others
publish rather than myself. But, each time I questioned God something positive would soon
follow such as a request for a full manuscript or placement in a writing contest. So, I’d continue
to plot, write, tweak, and submit.

Then last May my agent Terry Burns called in the middle of a weekday morning from the
Colorado Christian Writers Conference where OakTara publisher and editor Ramona Tucker was
also in attendance.

“She wants Thyme for Love!”

I sat stunned for a moment as the truth sunk in—then I screamed and cried and screamed again.

Sometimes God likes to surprise us.

A word to those writers who are still working toward the day when you, too, will receive such a
call. Persevere and don’t give up. God just may have a surprise coming for you when you least
expect it.

Pamela S. Meyers is first a child of God and second a writer. God’s calling on her life is to write for Him, telling stories of romance with multi-layered twists. Pamela belong to a wonderful writing organization called American Christian Fiction Writers where she was honored to serve as Secretary on the Operating Board for two terms. Pamela took early retirement from her day job several years ago and is now writing full time, having completed several novels. Pamela is very blessed to have two books coming out. Thyme for Love, a romantic mystery will be out at the end of November, and in June 2012, Love Finds You in Lake Geneva, Wisconsin, a 1933 historical set in her hometown, will release.