K. Dawn Byrd is an author of inspirational romance and romantic suspense. This Time for Keepsis her fourth release in two years with four more books to follow in 2012. Mistaken Identity, her first young adult romance released on June 15 from Desert Breeze Publishing. She enjoyed writing it so much that she’ll have four more young adult releases in 2012. The sequel to Mistaken Identity, Shattered Identity, will release in June and a college-age romance/mystery series, The Zoe Mack Mystery Series,will release in January with others to follow in June and December. 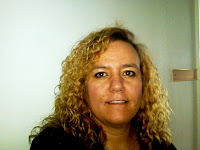 K. Dawn is an avid blogger and gives away several books per week on her blog at www.kdawnbyrd.blogspot.com, most of which are signed by the authors. She’s also the moderator of the popular facebook Christian Fiction Gathering group at http://www.facebook.com/#!/group.php?gid=128209963444.
When not reading or writing, K. Dawn enjoys spending time with her husband of 16 years while walking their dogs beside a gorgeous lake near her home and plotting the next story waiting to be told.